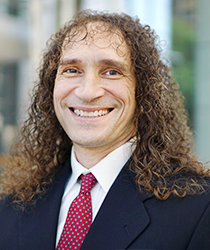 Scott Terando was named chief actuary in January 2017. He has been with CalPERS since 2003 and brings two decades of experience to his position, including a period in 2016 when he served as the interim chief actuary.

He provides planning, organization, direction, and evaluation of the Actuarial Office's work, and ensures that all actuarial functions are performed with independence and in conformance with professional standards. As a member of the executive leadership team, he provides expert consultation and advice to the CalPERS Board and is the principal advisor on actuarial policies related to pension and health benefit funding.

Scott previously served in a number of other leadership roles at CalPERS, including deputy chief actuary and before that, supervising pension actuary over the technology unit in the Actuarial Office.

Scott holds a Bachelor of Science degree in mathematics from the University of Michigan.