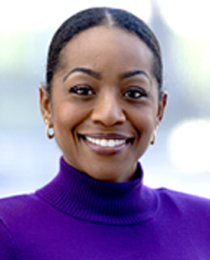 Michael Cohen joined CalPERS as chief financial officer in October 2018. He brings to his role more than 20 years of experience in government, with expertise in executive and financial leadership.

He is responsible for managing all of CalPERS' financial processes, including budgeting, accounting, cash management, financial planning and analysis, and risk management projects. As a member of the executive leadership team, he also provides expert consultation and advice to the CalPERS Board.

Prior to joining CalPERS, Michael served as director of the California Department of Finance, where he managed the $201 billion state budget on behalf of Gov. Jerry Brown.

In addition, he spent 13 years at the nonpartisan Legislative Analyst's Office, serving as a local government finance analyst, director of state administration, and deputy legislative analyst.

In August 2018 Gov. Jerry Brown appointed Michael to the University of California Board of Regents, which governs all aspects of the University. The term extends until 2030.

Michael earned a master's degree in public affairs from the Lyndon B. Johnson School of Public Affairs at the University of Texas, and a bachelor's degree in urban studies from Stanford University.