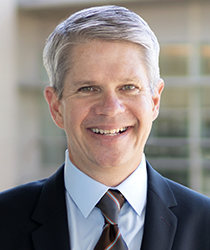 As head of the Health Policy and Benefits Branch, he provides leadership and oversees our health benefits program, including policy, research, plan contracting and administration, rate development, member and employer account management, and the long-term care program.

He brings to his role more than 20 years of strategic leadership in government and health policy at both the state and federal levels.

Don joined CalPERS from The Commonwealth Fund, a national foundation and think tank dedicated to improving the American healthcare system, where he was executive vice president for programs.

Prior to the Commonwealth Fund, he served as acting assistant secretary for planning and evaluation at the U.S. Department of Health and Human Services, where he served as principal policy advisor to then-Secretary Kathleen Sebelius.

Before that, he spent over a decade in California where he led the bipartisan Senate Office of Research and was principal consultant for the leader of the Senate on health insurance and other issues.