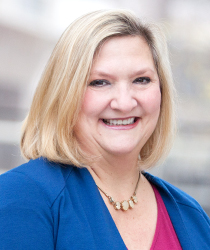 Theresa Taylor is serving her second term on the CalPERS Board of Administration and her third one-year term as vice president of the board.

A principal compliance representative at the Franchise Tax Board in Sacramento, she has worked for the state for 26 years and brings a wealth of financial experience to her role.

In 2015 Theresa was elected vice president/secretary-treasurer for the Service Employees International Union (SEIU) Local 1000, where she oversaw the organization's $62 million budget through June of 2018. In addition, she served as a member of the SEIU Local 1000 Executive Board and the executive board of the SEIU State Council.

Theresa also served on the executive board of the California State Employees Association (CSEA), the CSEA Member Benefits Committee, and the CSEA Finance Committee, where she was a fiduciary for CSEA’s employee retirement plans.

She earned a bachelor's degree in American studies from the University of Hawaii, Manoa Campus.

1Elected board members serve four-year terms that begin January 16 of the term and end January 15.